Long before I became a cammodel and in the adult entertainment industry I’d always pride myself on keeping up with the latest sex toys. My very first instrument of pleasure came in the form of a miniature vibe operated by a single double A Battery that truth be told once activated didn’t feel any more exhilarating than if it were ran by a watch battery. Full disclosure it was the infamous pocket Bullet designed to create clitoral stimulation and provide toe curling orgasms. Unfortunately once I arrived back at home from the most embarrassingly awkward Passion Party hosted by my best friends Mother, two very important things were missing from the equation. One of which was a toe curling orgasm and the second being my inability to find my own clitoris. I skipped right over that information way back when in Sex Ed. My memory is a bit hazy when it comes to that detail and it’s quite possible that it wasn’t covered at all. 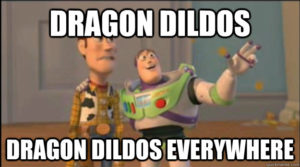 The Mother Ship Has Landed

I had thought I’d seen it all when it came to weird sex toys and things that were a tad offbeat but apparently I am still able to be surprised. Recently I stumbled upon an article on Vice exploring the fetish of laying alien eggs inside of yourself. I had previously read some information on Exophilia and the sexual desires of those who became sexually aroused by the idea of extraterrestrial, robotic, supernatural, and otherwise non-human entities. Until now I thought this was pure fiction and lived mainly in the depths of manga and Japanese hentai. To my surprise Exophilia or the desire to have sex with aliens has taken off with zero signs of returning.

Remember When Unicorns Were Mythical Creatures, Majestic And Rare? 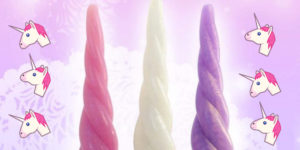 Beauty And The Beast?