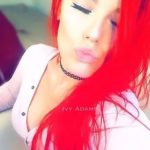 It’s no secret that there’s a stigma that comes along with our profession. The “stay in your lane” narrative seems as though it’s shoved in our face daily. We get told to accept the fact that we’re in a box, that we have chosen something that isn’t acceptable to most of society and as a result need to limit ourselves. However, lately it seems as though every day, every hour, every second there is a barrier being blasted, a ceiling being torn off, a misconception being shattered.  There is no reason now that you can’t do anything you want, be as versatile as you feel and there is no better profession to maximize your potential than camming.

It makes perfect sense for a cam model to be able to branch out into any avenue. We are entrepreneurs in the truest sense of the word. The skills that are necessary to be successful at camming + the fanbase that you build while marketing alone is a beacon to success. We have the platform built in, we have the skills to make it happen and see it through, we already know how to run a business because we do it every single day, and when it comes down to it- business is business. It’s all the same, the only difference is the product that you’re selling.

When I first started camming, I didn’t go into it thinking that I was going to grow and learn as an entrepreneur in the way that I have, but I did know that I was not going to allow the stigma of the adult industry to hold me back. If someone doesn’t want to work with me because of a completely valid way of making money, I wouldn’t want to work with them anyway and I’m going to achieve anything I want and be proud of the fact that camming has enabled me to get there.

Cue story time. My boyfriend does a lot of the behind the scenes work for me. He learned how to make graphics and how to code html/css for my MFC profile. One night, we were brainstorming creative ways to utilize my MFC profile, and we decided to make an area called Ivy’s arcade.  Next thing you know, we had graphics drawn up, coded a game in html and put It up on my MFC profile. It was popular! Way more popular than I expected and that got me thinking. It was the catalyst that made me delve into researching about capitalizing on the value of views instead of conversion to a paying customer. I thought about how I had thousands of followers on social media who may never buy one of my videos- but how many of them would download a free app game to play? I thought about the fact that if I can successfully market with all the restrictions on adult, marketing something that I can use mainstream avenues for should be a breeze.

So, armed with our html knowledge learned from creating a Myfreecams profile and made with graphics that were learned from necessity of branding/marketing, we decided to see what the possibility of it would be to turn the game into an app. We converted it into a mobile game, still using the same language that we used on my MFC profile, created a software development company to release this and any future games under, signed up for the developer programs and launched the app after beta testing.

Once it was  released I marketed to my followers, did takeovers on snapchat, S4S with models…you get the idea. And before long that is how Hot Lead Slingers was born.

Just like that, we took our skill set from camming and started making passive income from the mainstream companies that paid ad revenue for views. Every second since the release of my game, there’s always someone playing it. And that wouldn’t be possible without knowledge first learned from being a cammodel.  But to be clear it isn’t necessary to learn how to code, you don’t have to make an app in order to use your skills and branch into mainstream money. This is just one example on how to think outside of the box.

Anyone who’s familiar with me, knows that I love Formula one racing, almost to an unhealthy level and that I’m also a huge gearhead.

I was once told that I needed to create a separate identity to talk Formula One with people or else I wouldn’t get taken seriously. I was honestly so offended that someone would think this was a rational or acceptable thing to assume. Why should I be denied connecting with people about similar passions because of what I choose to do for a living?  I rejected that statement then and I disprove it every day now. This was about 2 years ago and in response to that statement I started live tweeting all of the races, and you know what happened? I gained followers every single time. People who had no interest in my tits or ass (at least at first) but who wanted to talk with me about cars and a sport that we both loved.

I had the NBC broadcasters tweeting with me and following my account!  It was one of the first moments I truly felt as though people simply needed to be re-educated on their conceptions of sex workers, because I saw first hand how people changed their views based on their interaction over a shared interest.  I created a hashtag #F1WithIvy, started a competitive F1 With Ivy fantasy league with cash prizes, and did live streams for some of the races.  It took a while but I grew a solid fanbase outside of my adult work while still being under my adult name and brand. Now, I get asked on sports podcasts, am involved in forums and leagues and make steady money every race from the community that I’ve created and immersed myself in.  Some of them turned into customers of my adult business, but not all of them and that’s okay. There’s still absolutely zero reason that I would need to separate my brand when in fact, it’s my adult brand that gave me the platform to begin with.

Obviously, those are just my examples, but the fact remains the same. As a cam model you are running your own business and there is no reason for you to limit yourself because of others misconceptions of what is acceptable. If we allow others to control what we’re capable of, then we are aiding in their belief of being right. The truth of the matter is that the skillsets you have now are coveted by many and there is no reason to keep yourself in the “adult” box when you can do that and everything else. Business is business, and you’re damn good at it.